Hello everyone. I wanted to provide an update on the progress that’s been happening with our governance system.

As mentioned in my last update, we recently started working with a new law firm (based in Geneva, after the decision was made to base our associations in Geneva, rather than Zug). This new law firm is exceptional, and has been providing a range of legal analysis and guidance that will further strengthen our two associations.

As most are aware, the intent has been to get the associations established as quickly as possible after deciding to base them in Geneva, so the directive with this new law firm was very clear from the start: no changes were to be made to the existing articles of association (since they had already been circulated to the community and approved as part of the Genesis Proposal). Now, after the documents have been translated from German to French, I am happy to report that the law firm has fully honored that directive: the content of the articles from the original formation documents are unchanged from what the community approved. Nonetheless, after reviewing the documents in depth, the law firm also came back with several suggestions about how to prevent possible operational issues in the future.

Consequently, they have been drafting several insertions to be added to the articles for both associations that are designed to eliminate ambiguity, improve operational efficiency and enhance the protection of the associations’ members.

Other suggestions are focused on safeguarding the collective interests of association members: such as introducing an arbitration clause to better protect the associations and members. There are accepted guidelines for arbitration that have been long-established in Switzerland, and a clause has been drafted that incorporates best practices.

There are also suggestions that are more technical and address overall structural elements of our governance system: such as defining the nature of the intended interplay between the DAO and the associations, including the distribution of responsibilities and hierarchy of authority. This is a complex set of topics that can get very technical, but I have been pleased to find that the new law firm is demonstrating a very solid understanding of these issues. Nonetheless, crafting the right language to properly address these kinds of structural dependencies can take time and involves considerable analysis, internal and external consultations as well as modeling of potential scenarios.

Thankfully, all of this work is progressing well, and is expected to be completed by mid-November. At that time, the finalized documents will be executed, and the associations will be filed with the Swiss authorities.

Once the associations are officially in existence, a chain of events can proceed that will begin manifesting the community’s objectives. Please understand that extensive development work has already been completed during past months that will serve as the foundation for our community’s new blockchain. Work can then accelerate to integrate the governance mechanisms and vault infrastructure into this technology foundation.

It’s also worth stepping back for a moment to consider the bigger picture.

Many of you might be asking: why is it so important that we have a truly decentralized governance system? Why don’t we just establish a governance system that’s “good enough” and start accelerating everything else?

Well, if the next phase of this ecosystem is to be successful in providing the kind of decentralized infrastructure that will be capable of operating multiple autonomous decentralized networks throughout the world, it is IMPERATIVE that all decision making within the ecosystem be truly DECENTRALIZED. Any network operating without that will be increasing vulnerable to attack over the next 10 years. These types of challenges have only just begun. The eye of that storm is moving closer every day, though it’s still a fair distance away. But it will be accelerating quickly — for the entire crypto industry. And that means that any vulnerabilities of centralization will be increasingly under attack. Consequently, to sustainably operate global networks over the next decade and beyond, an effective system of decentralized governance is absolutely ESSENTIAL.

Sadly, this fact is not widely recognized or understood — even by many esteemed leaders within the crypto industry. The problem is that the industry has thrived for the majority of its lifetime despite its a high degree of deceptively centralized governance dynamics. This has masked core problems that will become increasingly exposed — and attacked.

Ironically, it has been the struggles and challenges that this ecosystem has faced in the past that have illuminated the importance of effective decentralized governance. Our ecosystem was the recipient of numerous attacks on its centralized elements, and we also experienced the difficulties of decision making within the suboptimal structure of a decentralized alliance of companies. While this period of attacks caused considerable pain, it also revealed important insights into ways of improving the dynamics of decentralized governance.

I believe our decentralized governance system will be the most advanced and effective in the entire industry. It is through this innovative governance system that we will be able to serve the world without interruption — even during the most intense episodes of the fight against global tyranny.

It’s so important that we get this governance structure right. We’ve dedicated considerable resources to it. The best legal minds are advising us. We will get this right, and it will end up being the key to our future success. 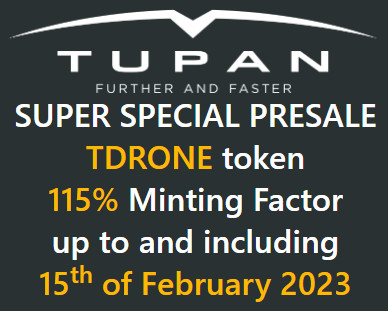 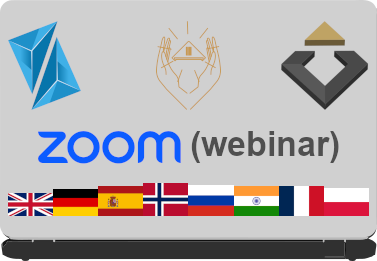 Visit the regular webinars (overview in the backoffice under menu item Events & Webinars to be UP to DATE in the best possible way!
https://safir.com/backoffice/calendar